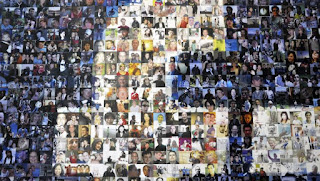 A company that develops an artificial intelligence-based facial recognition tool,which sells to police and other government institutions,has collected over three billion images from the Internet,The New York Times reports.

The respective images were collected from Facebook and other social networks,websites,but also from the "About us" pages of some companies.

Clearview AI,a small startup,received initial funding from Peter Thiel,a board member of Facebook and a controversial character in Silicon Valley.He has also invested in controversial projects,such as Palantir,a mysterious Big Data company that collects and analyzes information for government institutions,including the CIA.

The founder of Clearview AI told the New York Times that Facebook "knows" about collecting images from its platform,though facial recognition technology is banned in San Francisco.

By comparison,other social networks,such as Twitter,do not allow robots to retrieve content published on their platforms.Clearview AI is,however,based on the fact that the practice is not restricted at the federal level in the US.

"This is a disturbing demonstration of the dangerous reality that is represented by facial recognition technology today and shows the urgent need for elected officials to immediately prevent the use of technology by law enforcement," said Nathan Freed Wessler,a lawyer with the American Civil Liberties Union (ACLU),according to Mediafax.He added that the police should not be able to investigate anyone using error-prone and unregulated technology.

Clearview claims it uses only images that were public at the time they were collected.Facebook has announced it will investigate the service and how it uses the data on its platform.

The New York Times journalist used the tool and managed to collect images,in which she appears,from the last 10 years.

So far,the technology is only used by law enforcement,but Clearview wants to sell it to manufacturers of augmented reality glasses or other wearable devices.This means that a person wearing such a device will be able to get real-time information about the people they meet.

The damage been done to Netflix,Amazon and HBO when you give your password to your friend/family:How Much Money They Lost In 2019 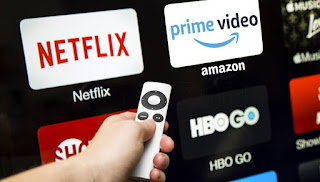 If that wasn't obvious,it's good to know that Netflix,Amazon,and HBO are losing fabulous amounts of money because you're used to using a friend's account,instead of paying.

The giants in the field of legal streaming of movies and serials on the Internet depend on subscribers. The higher the number of subscribers,the more money they have to generate quality content. Unfortunately,not every person who enters Netflix,HBO Go or Amazon PrimeVideo has their own account.A large number of individuals share their account and passwords with friends or family members.This phenomenon is called Passwords Sharing.

Parks Associates conducted a study on the losses recorded in 2019 by large streaming companies.Apparently,last year,losses of no less than $9.1 billion were recorded globally.If they do not introduce systems developed to prevent this phenomenon,the same companies will lose $12.5 billion annually by 2024.

Trying to find out how widespread the phenomenon detailed above is,Entertainment Research has come to the conclusion that 31% of users give other people access to their own account.This value varies according to age,with the young people being more likely to share their accounts,64%, compared to the elderly,only 16%.

In the past,Netflix and HBO officials have made several references to Password Sharing and it has not always been in a positive tone.On the other hand,companies enjoy the fact that more eyes get to see their content.Inevitably,some of them will turn into subscribers at some point.It is also important to consider the constant increase in the number of subscribers to all online platforms in recent years.When the rate of growth stagnates,the strategy will probably change.
at January 19, 2020 No comments:

Apple:On what did they spent $200 million recently

Apple is a company looking to grow permanently.He has a lot of money to invest and this is evident.There's nothing for nothing.

Tim Cook's company seems to be in a continuous run after innovation and development.Recognized especially for iPhone models,Apple has diversified its services and products in recent years.That's how he got to the video streaming area,where he is looking to fight other giants like Netflix and Disney.

Each month,the US company seeks to make one to two purchases.It is generally looked at for startups that would help it grow,but this is still an aspect of this strategy.He seeks to swallow his potential rivals before they can endanger his position.

The latest acquisition cost Apple no less than $ 200 million.This is an American startup,which develops a different type of artificial intelligence.This system has attracted the attention of Apple.

On what did Apple spent $200 million:
Tim Cook has decided to buy Xnor.ai,an American startup that develops an innovative artificial intelligence system.In other words,it runs algorithms that are not cloud-based,but locally sourced.It's an image recognition software developed by the American startup that can run even on devices with less processing power.

What is Apple really doing?Improve its own technology,which it uses not only on iPhone,but also on other devices.This artificial intelligence system can be used on small gadgets that do not have high processing power,such as smart watches or smartphones.

As Ali Farhadi argues,one of the founders of Xnor.ai,the technology developed by his company allows other companies to run artificial intelligence algorithms "on any device, from a device without $2 batteries to the cloud."

Data shows that Apple has a lot of money to spend and made a lot of purchases in 2019.Last year,the company bought most artificial intelligence startups,more than 20 in number.Which says a lot about the direction the Tim Cook-led giant is heading.
at January 19, 2020 No comments:

There are few devices you can still say are SF,given the technological leap.But the smart lens from Mojo Vision has something special.Or at least that's how its creators claim it.

Mojo Vision is a startup that has raised some funding and has just introduced a smart lens.Looks exactly like the contact lenses you can use if you have vision problems.Based in Silicon Valley,the company claims that the device is the world's first smart contact lens.This invention has already passed the concept phase,was presented at CES this year,and its creators are now preparing a plan for this small gadget to enter mass production.

It's something unique in the world,say Mojo Vision.In other words,it makes you see the world with other eyes.

What does the Mojo Vision smart lens do
First,the lens was created for people with visual impairments.It can make the surrounding objects clearer,when appropriate,or it can zoom in / out if the person wearing it has difficulty distinguishing some things.It is,in fact,a small monochrome screen that molds to the eye and is connected to a battery.At this stage,the company is still waiting for approval from the US authorities to eventually market it directly to patients.For medical use,this small device must go through several official tests. 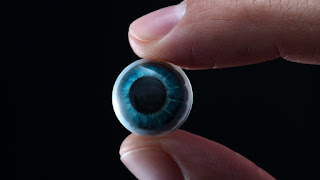 The California company claims that its device is using augmented reality.It's a smart gadget,but its use should be the same as with normal contact lenses.Among other things,the device should be cleaned daily with a special solution and,being a smart lens,it should be charged periodically.

The company also offered a small experiment:it showed how,once placed on the eye of a patient who did not see in the dark,he was able to distinguish the objects in the room thanks to an algorithm that identified their position.

It's kind of like the system that Google Glass operates on,the smart glasses from the Alphabet group,which gives you useful,real-time information without having to call your pocket phone.

However,it can take a very long time for such a device to appear on the market.The company has already raised over $ 100 million in funding,so at least two years from now there will be various tests.There are other things to clarify:one of them refers to the target audience:is the smart lens intended only for those with vision problems,or could the technology also support those who want to connect this lens to various applications?

There are questions to which Mojo Vision does not rush with the answers.

A company that develops an artificial intelligence-based facial recognition tool,which sells to police and other government institutions,...